I’ve worked in broadcast journalism for more than 15 years. I’ve been with WBAY-TV since August 2005, and in 2010 was promoted to Fox Valley Bureau Chief.

After a year as a production assistant on “Special Edition” (now “MSNBC Investigates”), I accepted a job as a reporter at WENY-TV in upstate New York in 2001. A month later I was anchoring. In 2002, I led the team that produced, wrote and edited a 90-minute, commercial-free special commemorating the first anniversary of the 9/11 attacks, earning the New York State Associated Press Award, the station’s first AP award.

I’ve covered a lot of memorable stories, but my personal favorite was flying with the U.S. Air Force Thunderbirds when the elite aerobatic unit came to EAA AirVenture to perform for the first time in the summer of 2014.

A former Division I college soccer player, I still enjoy playing soccer today. I also volunteer for the American Red Cross, especially during the Dancing with Our Stars fundraisers.

And while I made Northeast WI my home, I’m originally from Pittsburgh and love to cheer for the Steelers.  As they like to say in my hometown, you can take the girl out of Pittsburgh but you can’t take the Pittsburgh out of the girl!

What is my favorite moment from my two previous DWOS experiences?  I don’t think there is one thing I don’t like about DWOS.  But my favorite is probably the relationships I’ve built over the years with the other dancers and volunteers.  It is seriously the BEST group of people EVER!!!

Why did I decide to take part in DWOS All-Stars? WHY NOT!!!  This is not only such a fun event, but the good it does for those in Northeast WI is inspiring.  I’ve done this twice before and I couldn’t NOT do it the final time. 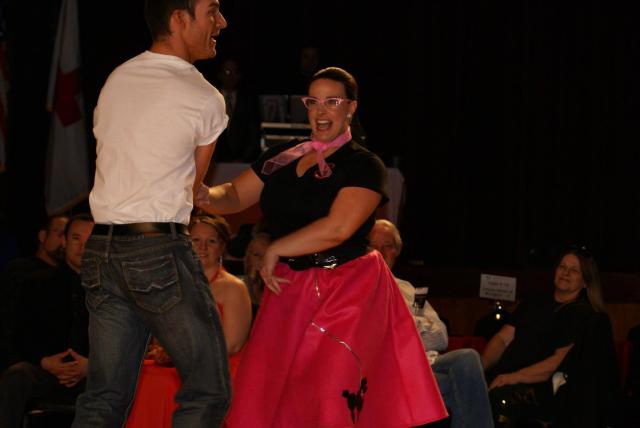