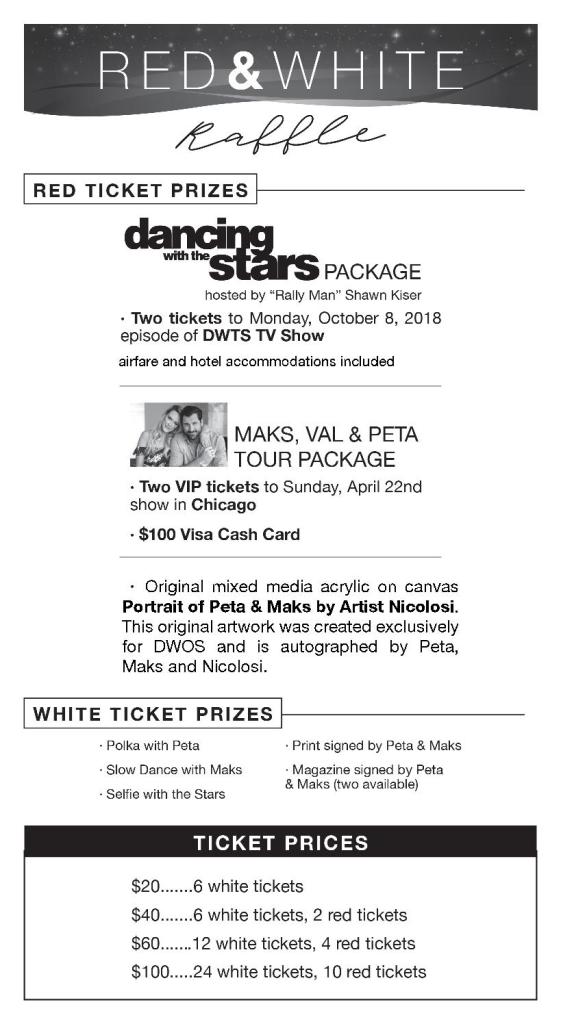 Guests attending this Saturday’s 10th and final “Dancing with Our Stars” (aka DWOS) for the American Red Cross can win several prizes including an autographed piece of iconic American pop culture.

This original artwork was created exclusively for DWOS and will be unveiled & autographed live by Peta, Maks and Nicolosi. The retail gallery value of a Nicolosi original is $30,000.

This portrait will be unveiled & autographed by the trio on Friday night at a retro Disco Dance Party fundraiser (7pm-midnight). It is the featured “Super Star” item of a high-end raffle the following night at the traditional ballroom dance show. Both events will take place at the KI Convention Center in downtown Green Bay and will feature appearances by Peta and Maks.

Limited Edition Art Prints of the portrait (valued at $3,500 each) will also be on sale at a special charity benefit price of $500 apiece with a portion of the proceeds benefiting the American Red Cross. Each comes with it’s own Certificate of Authenticity.

These signed Art Prints will be on sale at the Gala and are now available for purchase online by clicking HERE.

Another big-ticket prize is a trip for two, including airfare and hotel accommodations, to the Monday, October 8th episode of “Dancing with the Stars” in Hollywood, California. Someone else will score two VIP tickets to the “Maks, Val & Peta Tour: Confidential” for Sunday, April 22nd in Chicago. Other prizes include dances with the celebrity couple.

While this is the first time Maks will be part of DWOS, it marks Peta’s third appearance as she previously participated as a celebrity judge in 2014 and 2015. Murgatroyd is well known for teaming with Green Bay Packers legend Donald Driver to win Season 14 of “Dancing with the Stars.”

People interested in purchasing tickets to either event should send an email to: redcrossdwos@gmail.com.

Billed as “Dancing with Our Stars 2018: All-Star Edition, presented by the Schneider Foundation”, local community members who participated in previous years are returning to once again be Star Dancers.

The goal of this final DWOS campaign is to raise $600,000. In its nine-year history, DWOS has raised more than $2 million. All funds raised support disaster prevention, preparation and relief, the life-saving training of first aid, CPR/AED classes, collection and testing of blood and blood products, support to military members serving around the globe and international programs.

More event details can be found on the following Red Cross platforms:

Dancing with Our Stars blog: http://redcrossdwosblog.org

Use #RedCrossAllStars and #DWOS18 to join the conversation on social media!

About the American Red Cross:
The American Red Cross shelters, feeds and provides emotional support to victims of disasters; supplies about 40 percent of the nation’s blood; teaches skills that save lives; provides international humanitarian aid; and supports military members and their families. The Red Cross is a not-for-profit organization that depends on volunteers and the generosity of the American public to perform its mission. For more information, please visit redcross.org or visit us on Twitter at @RedCross.