Hey there—I’m Kurt Vandenhouten, Co-Owner of Van’s Lumber and Custom Builders.  I’m just a regular guy with a lovely wife, Marci, and three great kids—Riley (7), Delaney (5), and Carson (4).  I like to kick back at my cottage on Shawano Lake or just cruise around the lake on the pontoon boat.  Certainly taking in a Packers game with a nice cold beer is a fall favorite, and I don’t mind getting together with some buddies for a round or two of golf.  Overall, I’d say my life’s pretty tame.

So I guess that begs the question:  What on earth is a guy like me doing on a local version of Dancing with the Stars?  I’m trying to step outside my comfort zone and take on a new challenge.  Plus, my wife and kids can’t wait to see me embarrass myself a little on the dance floor.

My first dancing recollection was my mom—God bless her heart—signing me up for break-dancing lessons at the Boys & Girls Club when I was about eleven.  I’m proud to say I mastered “The Worm” and let me tell you, anytime Will Smith or MC Hammer blasted through the speakers at weddings, I was the hit of the dance floor.  I guess those lessons were good for something, Mom!

I suppose it isn’t surprising, then, to say that my dream dance partner would be Paula Abdul.  I think I’d be a great Skat Cat opposite Paula in a remake of “Opposite’s Attract.”  And if Paula’s gets too loopy on the dance floor, I’d gladly push her aside for a quick Viennese Waltz with Erin Andrews—she knows sports, and she knows dancing.  Just the kind of dance partner I could get on-board with!

In all seriousness, I’m proud to be a part of this event because of its connection with the Red Cross.  I’m always hearing about the great things they do, both locally and abroad.  Although I sit on the board for UW-Green Bay Phoenix Fund, my involvement with a Red Cross project stretches beyond my community, and I’m happy to help give them additional recognition and support.

Last night was the big announcement of our dancers for the 3rd Annual Dancing with the Stars for the American Red Cross. Listen to WIXX interview with our two media partners/dancers: Murphy in the Morning, Morning show host at 101 WIXX and Kathryn Bracho, Anchor, Action 2 News This Morning, WBAY-TV-2.

Audio of Murphy in the Morning, WIXX and Kathryn Bracho, WBAY

Green Bay, WI – On Wednesday, September 29 the ten celebrity all-star dancers were announced for the 3rd Annual Dancing with the Stars for the American Red Cross. This event will be held on Saturday, February 26, 2011 at the Radisson Hotel, Green Bay.  Social hour begins at 4:30pm and dinner/program beginning at 5:30pm.

The 2011 “Dancing with the Stars celebrity line-up includes: 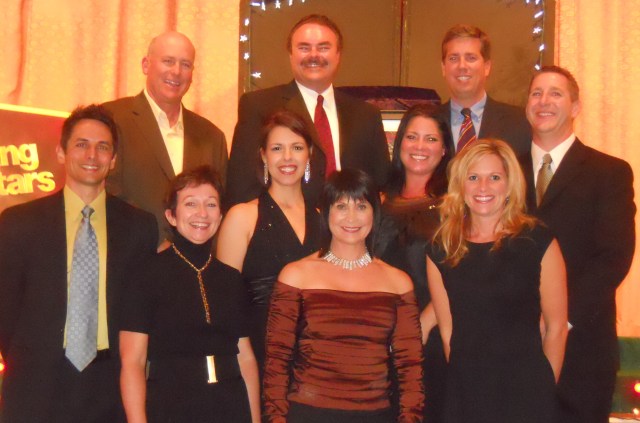 The winner of the Mirror Ball Fundraising Trophy will be the dancer who scores best on the dance floor and who is supported by public and event votes. Votes will be in the form of dollars donated in support of the star dancer, both at the Dancing with the Stars event and dollars pledged in the name of the dancer prior to February 26.  Awards presentation includes “Judges Choice and People’s Choice” trophies.

All proceeds for the event go to support local programs and services for the American Red Cross.

Tickets for the event will be on sale at the American Red Cross Lakeland Chapter, starting January 3, 2011.